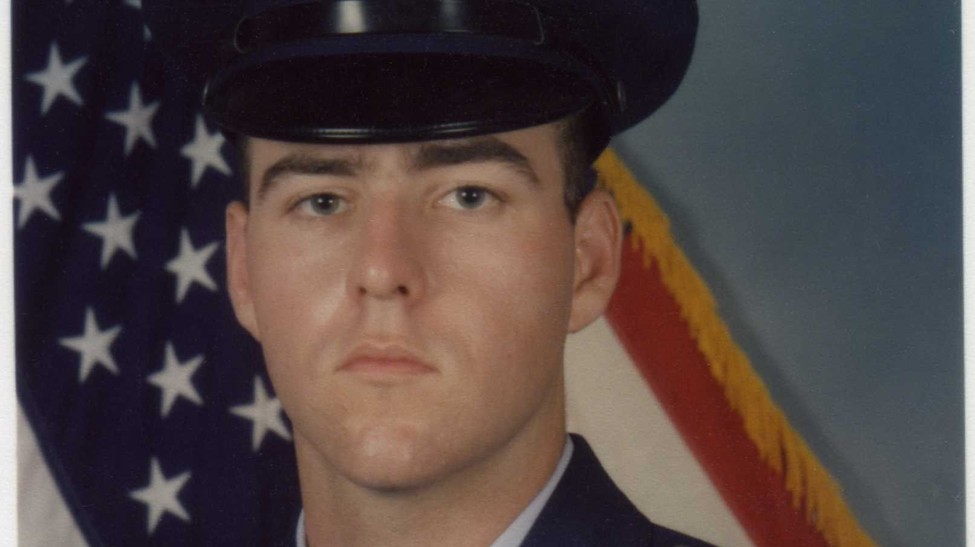 Scott McConathy enlisted in the Air Force in 1993. He says he now struggles with chronic pain every day.

We have spent several weeks reporting on the crisis of drug and opioid related deaths and overdoses and what's being done about it.

Tonight in the Price of Freedom we take a look at part of this crisis that many believe is overlooked. That is the people who suffer with chronic pain and now don't have access to the pain medications they desperately need.

And many of those people who need help have worn our country's uniform.

Scott McConathy enlisted in the Air Force in 1993.

"I basically enlisted right after high school," McConathy told us via Skype.

April 19, 1995 is a day many people in this country will never forget.

At 9:02 AM The Alfred P Murrah Building in Oklahoma City was bombed killing close to 170 people and injuring more than 680 others.

That morning Scott McConathy was 8 and a half miles away at Tinker Air Force Base. He was one of the many people who responded to the bombing.

"When I showed up it was such a big explosion that it actually had lit vehicles on fire that were down the road," McConathy said. "There's all these fires going on, and they didn't know that it was a bomb at first."

He spent the first two days at the site of the explosion then he volunteered to work with the U.S. Marshals.

"They would get bulldozers and load up dump trucks." McConathy said. "They would take them out to this field and dump them, and me and other guys and Marshals would sift through. What it was it was evidence collection, and in that process. And I don't want to get too much into it because it's upsetting, but there was a nursery that was there. So there were things that you see that I thought actually was a doll part, but it turned out to be remains."

Today Scott and his wife Emily live in Oregon.

Scott says for months he has struggled to leave his home.

He suffers from PTSD from the Oklahoma City Bombing. He has Crohn's Disease and chronic pain from injuries to his back and knees from training incidents during his time serving in the military and several other health issues.

"It's pretty bad. Just trying to survive every day hour by hour," McConathy said. "Sometimes it feels like a minute will go by and it feels like three or four hours, and the days are just really, really long."

He says a little more than a year ago he was feeling much better.

He was able to work and sleep and go on hikes with his wife so he says he asked to have his medication reduced by 50 percent.

Scott told me for 12 years he was prescribed 60 mg of Morphine 3 times per day.

He says after working with several doctors to find a level of pain management that would work for him medical records he provided us show he was eventually prescribed 40 milligrams of hydrocodone per day.

That is a fraction of what he was taking a little more than a year ago.

Not long after that he claims he was told the VA would no longer prescribe him any pain medication.

He says now he can't manage his pain enough to work, sleep through the night, and he struggles to leave his home

"I can really see how other people that don't have the support system that I do that this could actually cost lives in a couple of different ways," McConathy said. "There is a lot of hopelessness in this. I do have a little bit of hopelessness when it comes to the medical system just not my life. I love my life."

Scott McConathy says during all of this he asked to have his pain medication increased, but claims that request was denied several times by doctors at the VA.

He told us he took his complaints to the White House Veterans Crisis Line, and his local VA Medical Center's Chief of Staff.

He claims not long after that conversation he was told the VA would no longer fill his pain medications.

He told me that he believes that was "retribution" for his complaints.

We reached out to that VA Medical Center in Oregon for comment. They have not specifically spoken about this veteran's case, but they did defend the Administration's practices on pain management.

VA has been recognized by many as a leader in the pain management field for the responsible use of opioids, and the department is sharing its knowledge and experience with federal and local governments and across the nation’s health-care networks.

In 2017, VA released its top eight best practices for reducing opioid use.

These best practices are invaluable tools for others working to balance pain management and opioid prescription rates.

In 2018, VA became the first hospital system in the country to publicly post its opioid dispensing rates.

Because some Veterans enrolled in the VA health care system suffer from high rates of chronic pain, VA initiated a multi-faceted approach called the Opioid Safety Initiative (OSI) to make the totality of opioid use among America’s Veterans using VA health care visible at all levels in the organization.

The overall dosage of opioids is decreasing in the VA system as 43,254 fewer patients (59,499 patients to 16,245 patients, a 73 percent reduction) are receiving greater than or equal to 100 Morphine Equivalent Daily Dose.

These results have been achieved during a time that VA has seen an overall growth of 255,431 patients (3,959,852 patients to 4,215,283 patients, a 6.5 percent increase) that have utilized VA outpatient pharmacy services.

We expect even better management of pain medications for Veterans when VA and the Department of Defense roll out new, integrated electronic health records.

It will also help us better identify Veterans at higher risk for opioid addiction and suicide, so health care providers can intervene earlier and save lives.