CO.LAB and Bunker Labs are working together to help veterans in Chattanooga 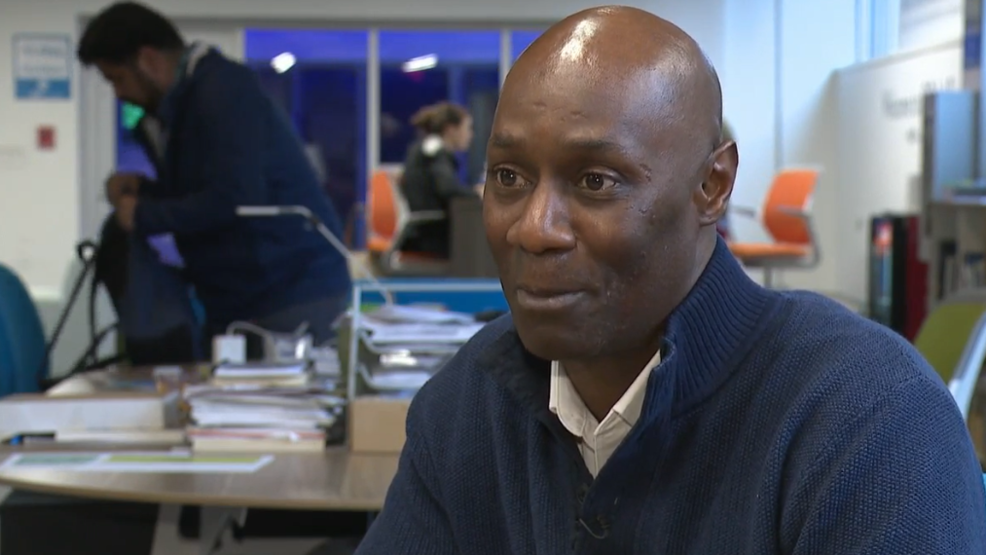 "I served in the United States Marine Corps," Gable said. "My first duty station was the White House. We call it 8th & I, and then I went to the fleet from there."

The Marines taught Gable a lot of lessons that help him today.

"A lot of it has to do with discipline and having direction and having focus," Gable said "Just being determined and seeing something through to the end, and realizing if you've got that confidence in yourself you can do what you want to do."

Gable moved to Chattanooga to work with family members. He came to CO.LAB on a delivery one day and learned that he might be able to get some help to start a business.

He created a personal stylus that you wear on your finger. He calls it a "U Touch".

"It's cold and flu season now, and all of these touch screens are all over the place now our banks, our grocery stores," Gable said.

"Dan Gilmore, who is a mentor here at CO.LAB, who is also a retired Naval officer and the local representative for Bunker Labs, we were having breakfast, and we were talking about ways we could work together," Marcus Shaw, Chief Executive at CO.LAB, said.

They came up with this program to help veterans and their families.

"Help support any entrepreneurial mindset that they may have. This is people who just have an idea and want a space to grow that idea and think about that idea or people who actually have a business in place that need a little extra support." Shaw said.

Gable says he got that support here and he now hopes to have his personal stylus on the market in the next year.

"I've been trying to do everything on my own, trying to figure some things out, but when I came to CO.LAB It kinda gave me a pathway," Gable Eaton said.

CO.LAB and Bunker Labs have made a commitment to do this every year at no cost to the participants. They are looking for corporate sponsors to help with next years class.

Health Dept.: Two children in Hamilton County have died from the flu