From plant to pizza in minutes 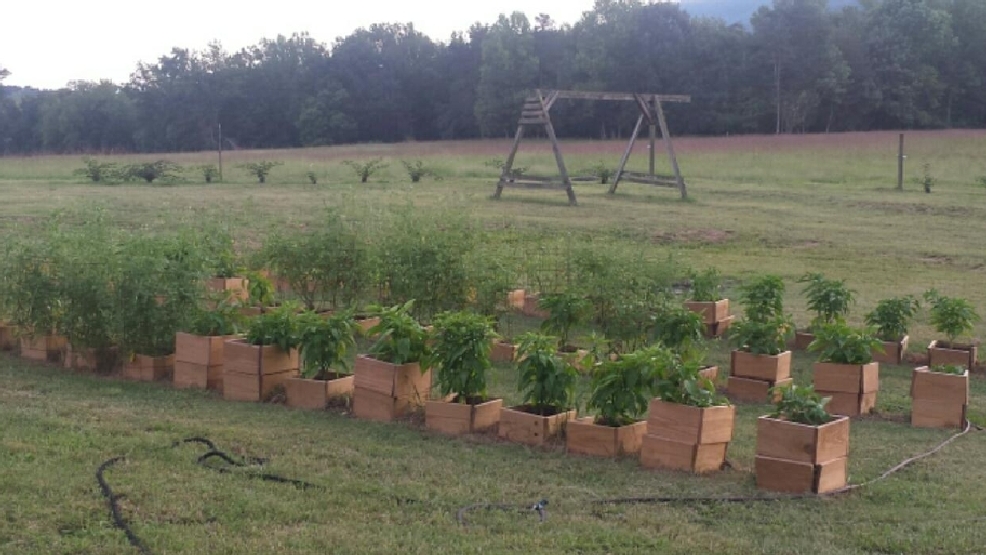 This is Bob's home garden where he grows 50% of the veggies for his pizza.

"If you want to serve great food, it is impossible to do without great products," said Bob Watts, the owner of Bob's Brick Oven Pizza. Watts plants, picks, and prepares produce from his home garden in Northwest Georgia for the tables at the pizzeria.

"These vegetables are some of what I picked this morning. Within a matter of hours these will be sliced, put on a pizza, and served," said Watts. For the herbs though, it can be a matter of minutes.

"This is hydroponics. Hydroponic -- hydro, meaning water, so this is a soil-less growing environment," said Watts. Basil, thyme, oregano, or any herbs he is growing at the time are on a shelf right next to the tables.

"The roots are able to grow directly into the water and grab the nutrients it needs from the water," said Watts. The water plus the hydroponic lighting allow the plants to grow rapidly. Watts said they use a nitrogen-based nutrient because that is what produces the foliage.

"It can grow as much as three-quarters of an inch to an inch a day," said Watts.

Matt Webb, one of the pizza-makers and servers at the shop, said his favorite part about growing the herbs in the restaurant is, "...for someone to see you pick it off them stem and then serve it right there and then."

Watts said 50 percent of the veggies used in the restaurant are from his home garden, "...we water these veggies every single night -- every one of them, every single night. He admitted this has been a difficult task this year because of the drought.

"There is this disconnect that we have with our food. Like where does your food come from? Well, it comes from a supermarket of course," said Watts.

"I do not do it because of the cost, I do not do it because I'm saving a lot of money by cutting my own vegetables and bringing them in, I do it because it's the right thing to do. There is nothing more enjoyable than to set a pizza down on a customer's table and say, 'you know where I grew those peppers?' because they look at you and it's the last thing they would expect," said Watts.